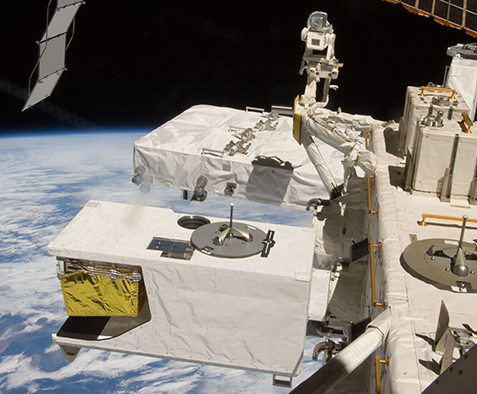 HREP is the first NASA mission to the Japanese Experiment Module’s – Exposed Facility (JEM-EF) on the International Space Station.

The HREP Mission, a name which is derived from the combination of the HICO and RAIDS instruments, is designed and built to detect, identify, and quantify coastal geophysical features from the International Space Station. It consists of two instruments: the Hyperspectral Imager for the Coastal Ocean (HICO) and the Remote Atmospheric and Ionospheric Detection System (RAIDS).

SSRC provided systems engineering and instrument support in the development of the HREP mission, as well as the lead for integration, assembly and test phases. SSRC also led the launch site support team during final checkout and integration to the launch vehicle prior to its launch in September 2009 from Tanegashima Space Center in Japan. SSRC was also responsible for the mission assurance and on-orbit checkout. SSRC continues to support the HREP program through the operations lead and operator staffing.