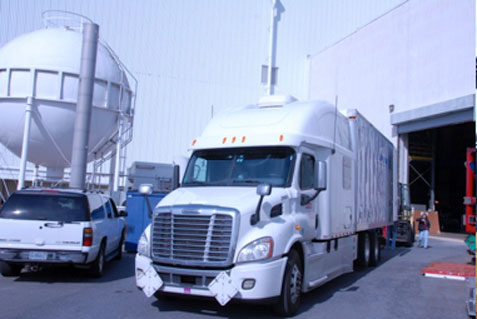 The ISS-CREAM Payload has been shipped to Kennedy Space Center (KSC) for launch.

The ISS-CREAM payload was shipped from GSFC to KSC. This is a major milestone for the project that concludes the long and arduous task of environmental testing at GSFC. The payload development teams will meet the payload at the Space Station Processing Facility for functional checks and a tour of the Space-X integration facility & LC-40.

The 1,500 Kg payload is manifested on a Space-X Falcon launch to the International Space Station, currently scheduled for July 2016. SSRC has been supporting this development since the early project formulation phase starting with the original proposal to NASA. SSRC has provided proposal development support, project review personnel, Safety Review consulting, and Lead Systems Engineering.

Congratulations to all the SSRC folks who made this exciting project possible!