SSRC has been selected by NASA to develop next generation Extreme-Untraviolet (EUV) Solar Radiometers for space weather and solar physics applications. 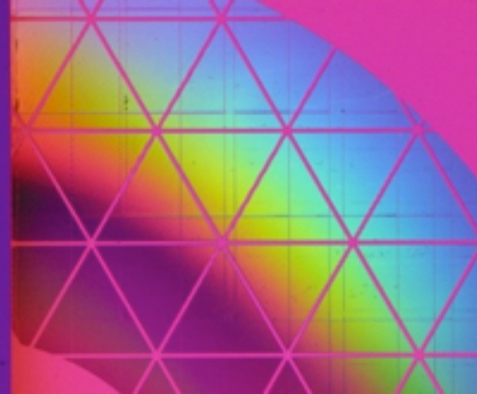 SSRC presented NASA with a three-year Instrument and Technology Development (ITD) program to develop miniature EUV solar radiometers and advance the Technology Readiness Level (TRL) of the existing state of the art. With the successful selection of the SSRC proposal, miniature EUV radiometers based on zone plate technology will be designed, optimized, fabricated, calibrated, and made available for spaceflight applications.

A fundamental requirement for understanding and predicting solar variability and the effects of solar radiation on space weather and Earth climate is the accurate measurement of the radiation emitted by the Sun. While the Sun is brightest in the visible, the fainter and highly variable EUV radiation plays a dominant role in heating the thermosphere, altering the neutral density and electron density, creating the ionosphere, disrupting communications and navigation signals, and increasing drag on satellites in low Earth orbits.

The radiometers that we are developing use zone plates (ZPs) to focus the total solar irradiance in narrow EUV spectral bands and measure it with negligible sensitivity to field angle and polarization, and with greater accuracy and greater long-term stability than radiometers that have alternative architectures. These radiometers will be easier to accommodate on spacecraft due to their small size, low mass, low power requirements, low data rates, and modest pointing requirements.

This new state-of-the-art technology has the promise to further reduce required spacecraft resources for spectral radiometers, thus making these observations available to a much broader range of mission class, increasing the opportunities for measurements across this important wavelength range from solar physics to space weather.

As cited in NASA’s review of the SSRC proposed technology development:

“This technology would enable a new class of small and compact radiometers. Accurate radiometric measurements can be done by a new family of radiometers based on zone plate technology. They are more compact than the existing radiometers and this is crucial for space applications and of general interest.”

Miniature Solar EUV Radiometers are only one aspect of instrumentation that can take advantage of ZP technology. Through this effort of advancing the technology, establishing resource requirements, and quantifying performance metrics, additional applications beyond irradiance measurements or in combination with other new technologies will be available.