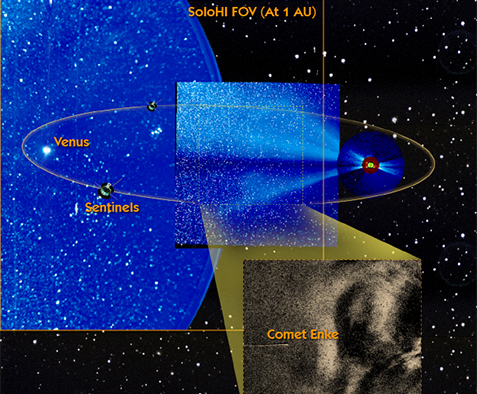 WASHINGTON — NASA and the European Space Agency have selected 10 proposals for science instruments to fly aboard a spacecraft that will study the sun from a unique vantage point in space.

The European-led mission, called the Solar Orbiter, will be positioned about one-fourth the distance Earth is from the sun. The location ultimately will enhance the ability for scientists worldwide to forecast space weather.

“These selections provide the highest scientific value to help answer questions about our life giving star, the sun,” said Dick Fisher, director for NASA’s Heliophysics Division in Washington. “This collaboration will create a new chapter in heliophysics research and provide a strong partnership with the international science community to complement future robotic and human exploration activities.”

“The announcement of the preliminary payload selection for Solar Orbiter is a positive step toward the realization of a joint mission aimed at collecting unprecedented data about our star,” said Marcello Coradini, ESA coordinator for solar system missions in Paris. “We are delighted to continue our tradition of partnership with NASA, which already has enabled us to carry out extraordinary scientific missions.”

Of the 10 selected instrument proposals, three will receive NASA funding, including the Solar Orbiter Heliospheric Imager (SoloHI). This instrument will provide revolutionary measurements to pinpoint coronal mass ejections or CMEs. CME’s are violent eruptions with masses greater than a few billion tons. They travel from 60 to more than 2,000 miles per second. They have been compared to hurricanes because of the widespread disruption of communications and power systems they can cause when directed at Earth.