NASA selects investigations for first mission to encounter the sun 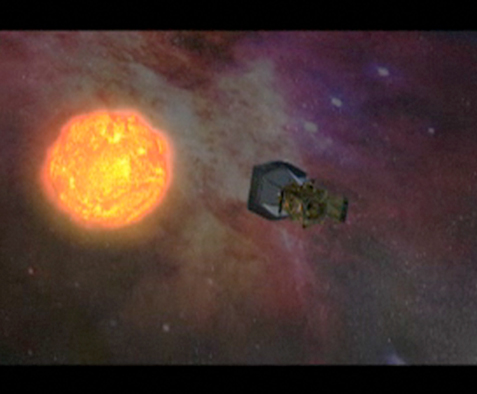 WASHINGTON — NASA has begun development of a mission to visit and study the sun closer than ever before. The unprecedented project, named Solar Probe Plus, is slated to launch no later than 2018.

The small car-sized spacecraft will plunge directly into the sun’s atmosphere approximately four million miles from our star’s surface. It will explore a region no other spacecraft ever has encountered. NASA has selected five science investigations that will unlock the sun’s biggest mysteries.

“The experiments selected for Solar Probe Plus are specifically designed to solve two key questions of solar physics — why is the sun’s outer atmosphere so much hotter than the sun’s visible surface and what propels the solar wind that affects Earth and our solar system?” said Dick Fisher, director of NASA’s Heliophysics Division in Washington. “We’ve been struggling with these questions for decades and this mission should finally provide those answers.”

As the spacecraft approaches the sun, its revolutionary carbon-composite heat shield must withstand temperatures exceeding 2550 degrees Fahrenheit and blasts of intense radiation. The spacecraft will have an up close and personal view of the sun enabling scientists to better understand, characterize and forecast the radiation environment for future space explorers.

NASA invited researchers in 2009 to submit science proposals. Thirteen were reviewed by a panel of NASA and outside scientists. The total dollar amount for the five selected investigations is approximately $180 million for preliminary analysis, design, development and tests.

SSRC led the proposal development for the Solar Probe Wide-field Imager for the U.S. Naval Research Laboratory, Solar Physics Branch. The Wide-field Imager for Solar Probe (WISPR) is a space telescope that will make 3-D images of the sun’s corona, or atmosphere. The experiment actually will see the solar wind and provide 3-D images of clouds and shocks as they approach and pass the spacecraft.